Now we just need to create an action to execute the runvcast.bat script.

Add a User Variable to Save the Returned Call List

Action return variable is only valid within the same element and its transitions. To pass the value to a different element, for example from Select Call List element to the Start Broadcast element, we need to create a user variable to hold the value. 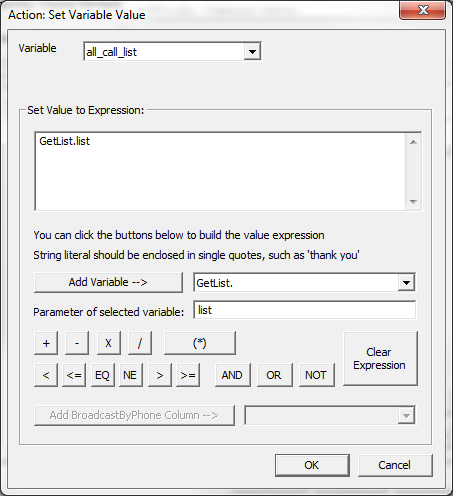 This action sets the user variable all_call_list to the list name value pair of the action return variable.

Add a Run Program Action to the element Start Broadcast as shown below. Here we pass two arguments to the batch script. The first is the touch tone key for the file selection and the second is the call list files. 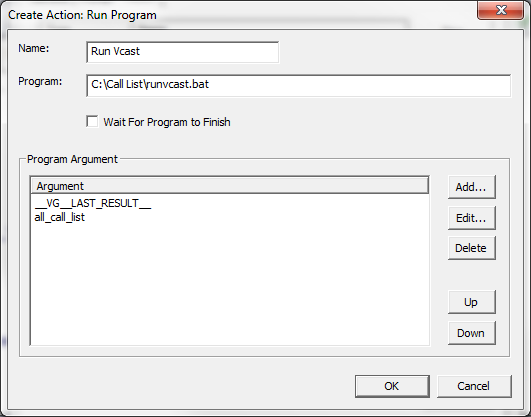