More campaign related features are added to the workflow in release 10.5.1.

The following example shows how flexible the workflow engine can be with these newly added features. Let’s create a campaign that always restart itself. To do so, simply create a trigger that will start whenever a specific campaign is finished. 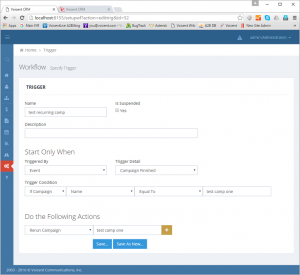 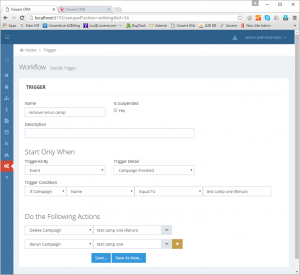